Texas is one of the more gun-friendly states in America (despite not having open carry), and the laws are probably very similar to many other states, but it may be useful to the traveler from outside Texas to have a quick synopsis of things of which you should be aware.

1. Weather
In the summer, it can be very hot. 105 is not unusual, and temperatures above 110 have been recorded. In 1980, Dallas had 40 days in a row that hit over 100 degrees. Wearing a suit or coat is insane, so have a backup plan for concealment. In the winter, you might expect (and get) temperatures in the 20-30 range, yet even in Feb you might see a sudden unseasonable warm spell of 75 degrees. When traveling, always have a backup plan.

2. Vehicles
Texas does not require a license to carry a gun in a vehicle, but with or without a license, it must remain out of sight. It does not have to be in a lock-box, but out of sight. 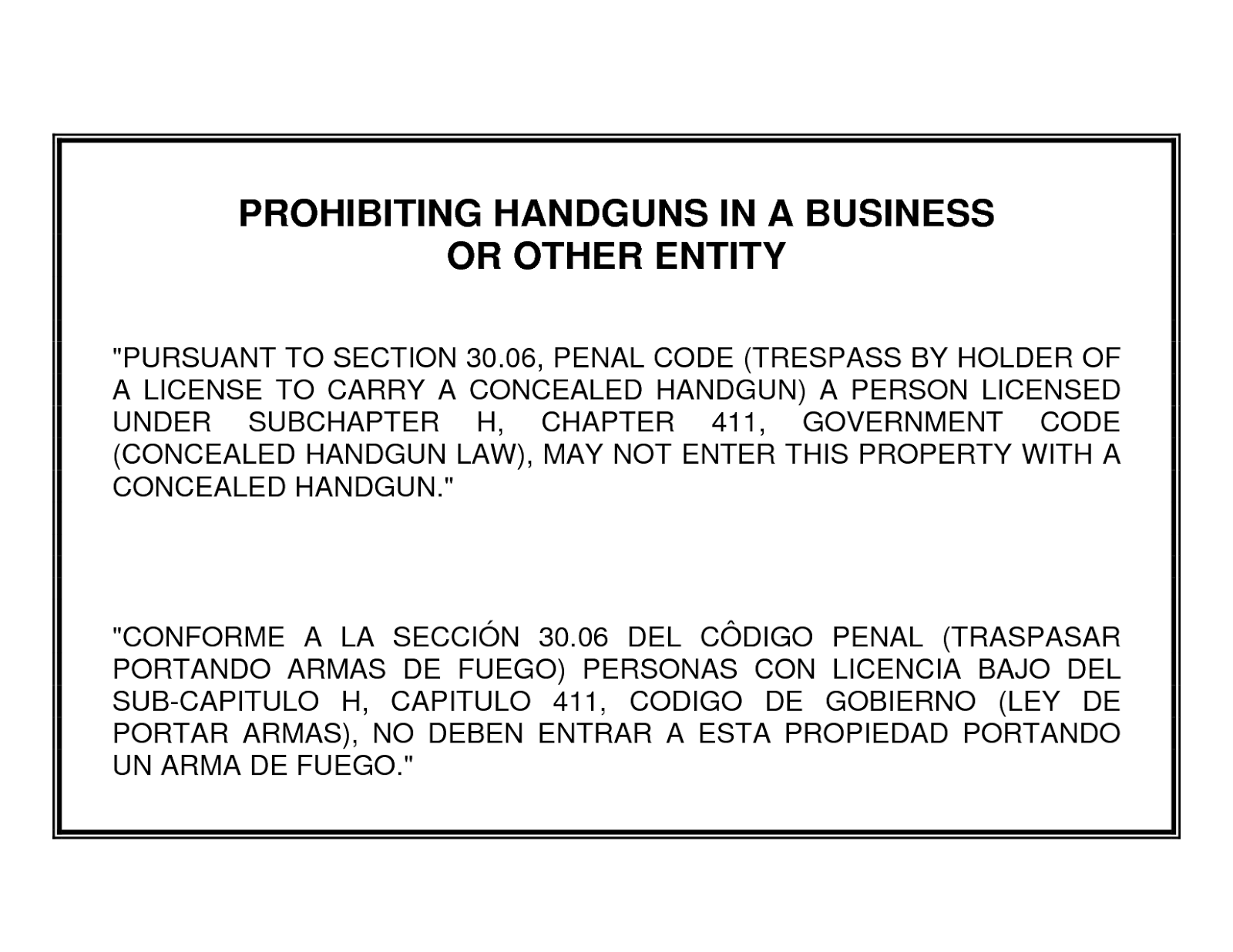 3. 30.06
This curiously numbered statute is the part of the Penal Code that allows any private business to declare themselves a gun-free zone. As to why anyone with a brain would do that is beyond me, but they exist. Almost all hospitals and surgery centers do post this notice, as well as Cinemark Theaters, Chuck E. Cheese restaurants, and a few others. Otherwise, it is not really common. Signs are sometimes seen that do not contain the exact verbiage required by the statute (sometimes not even close), but it is not well-advised to try to split hairs with police over this. Due to the way the law is written, you will probably still go to jail, at least overnight. Note: gun shows are almost always posted. 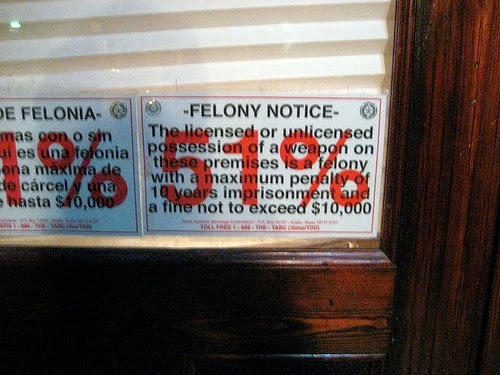 4. 51%
Any business that receives 51% of their revenue from the sale of alcohol for on-premises consumption must post this sign. Carry is forbidden there, whether or not you are drinking. This is mostly bars. Some restaurants fall under this category, but most do not. Note that liquor stores, grocery stores, and convenience stores also do not, as their sales are not for on-premise consumption. They have to post a sign stating that unlicensed carry is a felony, etc., etc., but that does not apply to a license holder.

5. Off-limits by statute
These would be locations that are automatically off-limits, with no posted notice required. Some are mandated by Federal law, while others are state law. This includes

Note that facilities owned by state and local government (other than courtrooms) CAN NOT be off-limits (the State Capitol, convention centers), except that government meetings can be posted by request.