As we approach July the 4th, it is worth noting that the American Revolution was triggered by the first attempt in North America at government gun control. In April of 1775, the British commander in Boston dispatched a unit of soldiers to Concord, MA, to capture a store of rifles belonging to a local militia group. They were intercepted at Lexington by a group of farmers and villagers. Shots were exchanged, and the war was afoot.

Guns have always been a part of life in America. They were used to settle North America, and to protect a man’s family and livestock from predators (both 4-legged and 2-legged). Generations of Americans were taught at an early age to shoot, either for hunting, or later, target shooting.  There was a code of honor around guns, and it was proof a man had attained the level of responsibility required for adulthood. I remember shooting at wine bottles at the city dump when I was 9 years old, and the pride of being trusted by my father to do so safely.

A few years later, I remember older students driving to high school in pickup trucks equipped with a rifle rack. If they wanted to show off a new hunting rifle to a teacher, they might take the gun in the school and put it in a wall locker for later, or take the teacher out to the parking lot at lunch.

Times have changed. That code of honor, while still there, is no longer seen as the embodiment of the American way of life. The 1970s and 80s were a time of oppression of gun rights, due, perhaps, to several high profile assassinations during the previous decade (JFK, RFK, MLK) (look it up).

However, the public began to revolt against the increase in violent crime. New crimes, once aberrations (car-jackings, home invasions, drug murders, random murders), became the new normal. Responding to pressure, states began to allow citizens without criminal records to be licensed to carry a concealed handgun for protection. A handful of states had allowed this practice, as early as 1923, but Georgia started a national trend in 1976, and by 1986 at least 9 states allowed it. The next decade would bring most of the nation on line, and now all 50 states allow some version of concealed carry. Texas started their CHL program in 1996. Opponents predicted gunfights in movie theaters over spilled soft drinks, and blood in the streets, but the old honor code came back to life instead. In Texas, over the last 18 years, crime statistics show that CHL holders are 14 times less likely to commit a crime than the general public, and 7 times less likely than police officers. Hmmm.

Some states have very minimal requirements to get a license (Vermont, none at all. They call it Constututional Carry), and some make it almost impossible (on purpose) (CA, NY, IL). 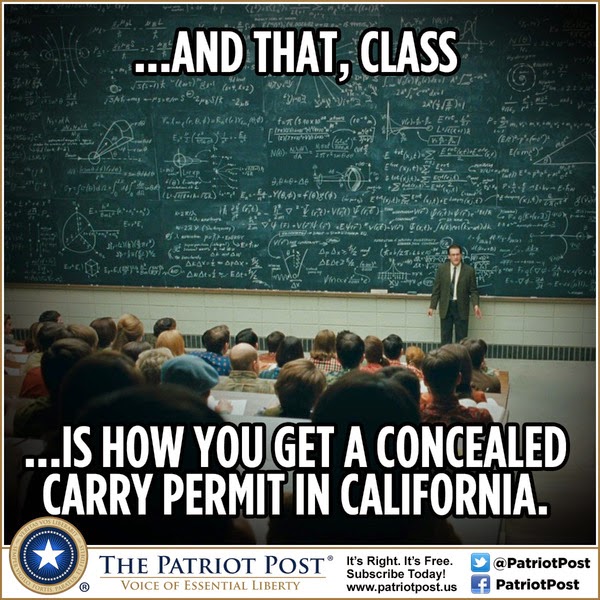 Illinois had to be forced by the U.S. Supreme Court to allow it. Texas requires a 4 hour class on state law governing concealed carry of a handgun, a short test, a minimal demonstration of shooting skills, and an FBI background check. Over 800,000 Texans have this license, and that number grows by 2000 each month. There are over 2000 certified handgun instructors who are licensed by the Texas DPS to teach the courses, and most of them have full classes every month.

In addition, at least 33 states now allow some version of Open Carry, where a citizen can carry a holstered sidearm openly, on their hip, with no concealment required. Texas will likely be the next state to allow this as well.

Where will it end? Will it become commonplace for everyone to routinely carry a personal gun, like they carry a cell phone? Who knows. It has been argued that a personal gun is just like an airbag in your car. You may go for years without needing it, but if you do, you’ll be very glad you have it. I know a man who has carried a concealed handgun relentlessly, every day, for 18 years. He has never had to even draw it, but he practices with it regularly, and if the time ever comes, he will be prepared.