In the last few years, an unusual variant of “pistol” has developed, the AR-15 Pistol.  This is a very short version of an AR-15 rifle, often called a Modern Sporting Rifle (MSR) (and incorrectly called an Assault Rifle).  The pistol variant is shorter, and is distinct in having an arm brace.  By slipping your forearm through the brace, this gun can be fired by one hand, which is what makes it, legally, a pistol. 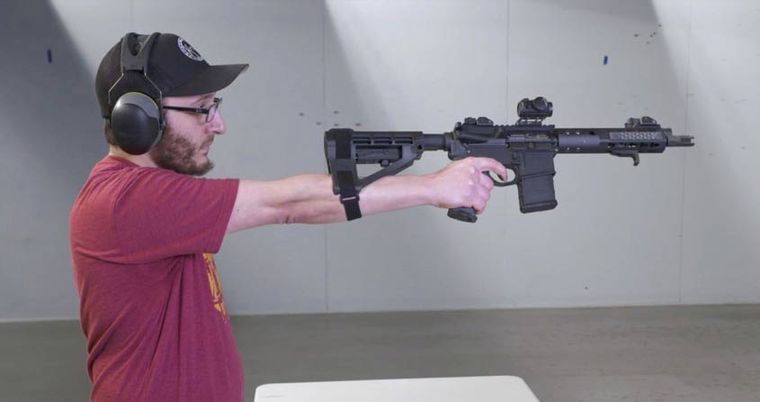 A rifle, on the other hand, IS designed to be fired from the shoulder.  However, a rifle has to have a barrel at least 16 inches long, and have an overall length of 26 inches.  Any rifle shorter than that is designated a “Short Barrelled Rifle” (SBR).  SBRs are restricted by the terms of the National Firearms Act of 1934, the same as machine guns and suppressors.  NFA items are legal, but require a lot of paperwork, a $200.00 tax stamp, and an approval wait time of typically 8-12 months. 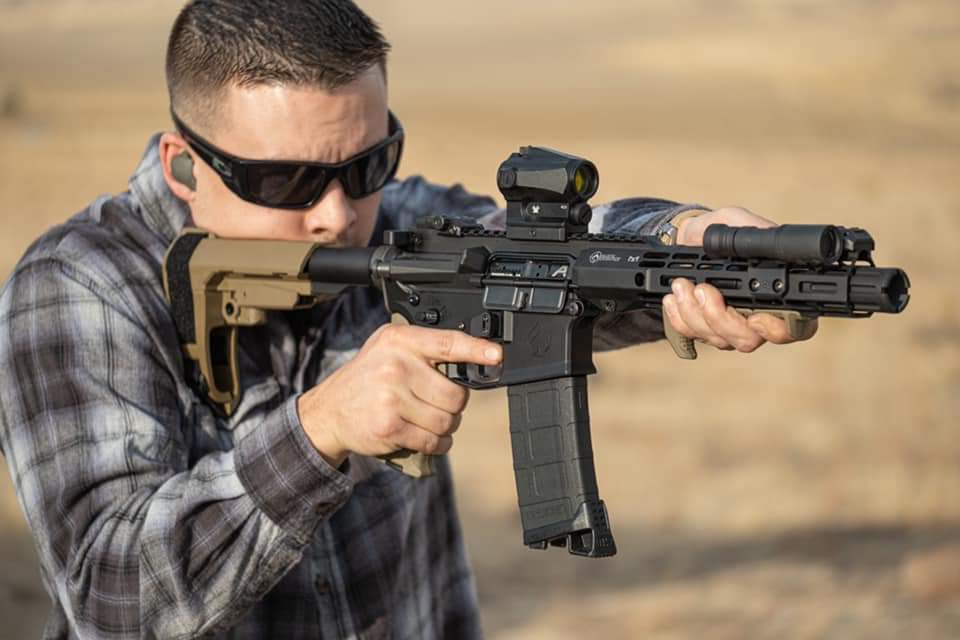 So, what is this thing, and why do I care?  It is a device that gets you around the SBR loophole in the law.  In the image above, the shooter is using the arm brace (which is shaped like a stock) as a stock, which is perfectly legal.  If he takes off or modifies the arm brace, he is now in violation of Federal law.

Think of this as a large capacity, easy to shoot, home defense rifle, adapted to an urban environment.  Easy storage, and easy to manipulate through rooms and doorways.  With a scope installed, it could even be used for hunting, or as a bug-out gun.  Besides the normal rifle calibers (.223, 5.56, .308, .300 Blackout), they are also made in pistol calibers like 9mm.  Some versions even take Glock magazines, and Glock makes a 31 round mag.

So there you have it, another option for home defense.